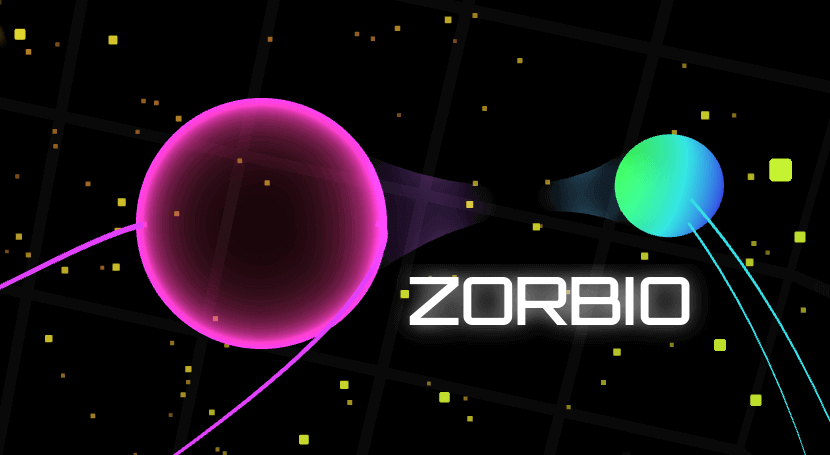 Zorb.io is an agario like game with an awesome new perspective, it takes the generic 2d io game and translates it into a 3d environment with 360 degree movement!

Zorb.io is an eat to grow kind of game that follows a similar play style to a few other io games.  Although this is true, it would be unfair to claim they were similar to play as the 3D aspect is completely unique to this genre and really changes how the match is played. Your objective is to eat the colourful orbs that float around space with you and use them to get bigger.  Zorb.io also introduces a new unique Drain mechanic,  that allows smaller spheres to drain mass from larger spheres if they get close to them.  The closer you can fly to the larger player the more mass you drain.  Just be careful you don't get to close and get eaten!  You know you're draining when you see the train beam connecting your sphere to a larger sphere. The players that can eat you are indicated with a Red outline and "Danger" text in red next to their name making it easier to stay safe.  Players that you can eat are outlined in Green and have "Can eat" text next to their name.  You can also activate a Speed Boost that drains your mass when active,  be careful not to boost for to long or you'll shrink fast!  Short accurate speed boosts are best.

Can you get on the Daily High Scores?

The controls are quite simple to understand,  you can play the entire game with just your mouse.

Move mouse to steer - your sphere to follow wherever your cursor is it can be a bit weird at first as you are able to move on a 360 degree axis, but the more you play you'll get use to it.  To fly straight center your mouse on your sphere.

Left Mouse Button or 'W' to Speed Boost - Get a significant boost in speed at the cost of mass,  the longer you hold it the faster your mass goes down.

1. Fly close to big spheres to drain their mass.  The closer you can get the more you drain, just don't die!

2. Try to predict a target spheres trajectory and intercept them with a well timed speed boost.  It's easier to capture someone by cutting them off then chasing right behind them.

4. If someone is chasing you, a good tactic to stay safe is to orbit close to a large sphere,  it's hard to capture someone this way.

5.  To get on the high score you need to keep growing,  so don't be afraid to trade mass for speed boost, then gain it back.