Power-ups
Free For All 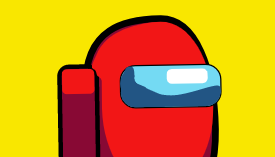 Arena.io is a free IOGame where you will combat other players from around the world in an arena designed to destroy you all. Gain powerups, collect energy and avoid the spikes of your enemies as you compete to be the true king of the ring. Play as cute, recognizable "Among Us" style characters as you devastate the competition and dominate the arena. This game is not for the faint of heart and you very well may not survive playing it. However if you stick it out, use your common sense and persevere you will be rewarded with victory points which you can use to purchase upgrades to make you even mmore powerful in furure games. Among us Arena.io your the Red crew mate in an open field Gladioator style arena,Collect the floating red orbs around the arena to increase your score and try and survive aslong as possible with the help of the speed and Health powerups