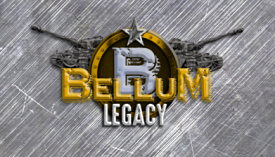 Bellum.io is a free strategy game. This is the original strategy iogame from 2016. In this game, the objective is to kill your opponents and take over their base. Bellum.io was the first idle strategy io game on the web and it is reborn into Bellum: Legacy. Come for the Bellum, stay for the Legacy! Players fight each other for control of the map. Kill your opponents by taking control of their starbases or seek peace with your opponents. Team up with other players to take down stronger opponents. Do whatever it takes to get to the top, even if it means betrayal!

Bellum: Legacy is played in rounds (quick play or mega-round). If you join at the very beginning of the round, you have to click "+ 1 military power" otherwise you will be granted MP and units if you joined the round late. Military power(MP) is the main resource of Bellum. Use military power to capture other territories including your opponents. You gain MP actively by clicking on the "+1 MP" bar or gain MP passively by buying units that generate MP for you. There is a maximum amount of units you can buy, in order to buy more units you need to capture starbases which grant you an extra 5 slots of every unit type. Generating lots of MP per second(MPS) shows strength and other players will fear you.

Diplomatic Strategy - Make allies with as many players as you can in the server especially if you spawn near each other.

Massive Economy Strategy- Your goal is to have a very high MPS (20k+) so that you can defend off very aggressive opponents.

Destroy Everything Strategy - You will bully many players around you and may even make them rage quit for being so aggressive.

Early Rush Economy Strategy - This requires you to play at the very beginning of the round, your goal is to make the top of the leader boards early and quickly capture nearby bases(stars) before others have the chance. Rush to the maximum auto economy gain.