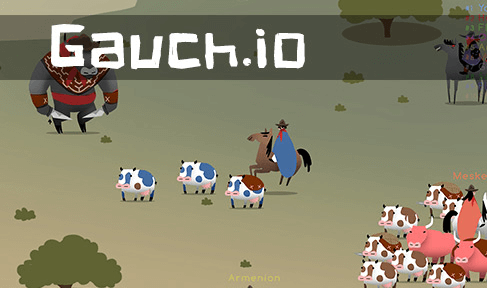 Gaucho.io is an io game in which you're a cow-wrangler in which you're trying to group together the most cows. You’re a Gaucho, riding the pampas in search of a herd. Stun and claim the wandering cattle to join your flock. Watch out for the other Gaucho as when herds collide the fighting starts and you don’t want to be left without a cow to poke. Stun ‘em, round ‘em up, roam the grasslands until you’re the don or dona of the leaderboard!

- Fight against other Gauchos herds to win points