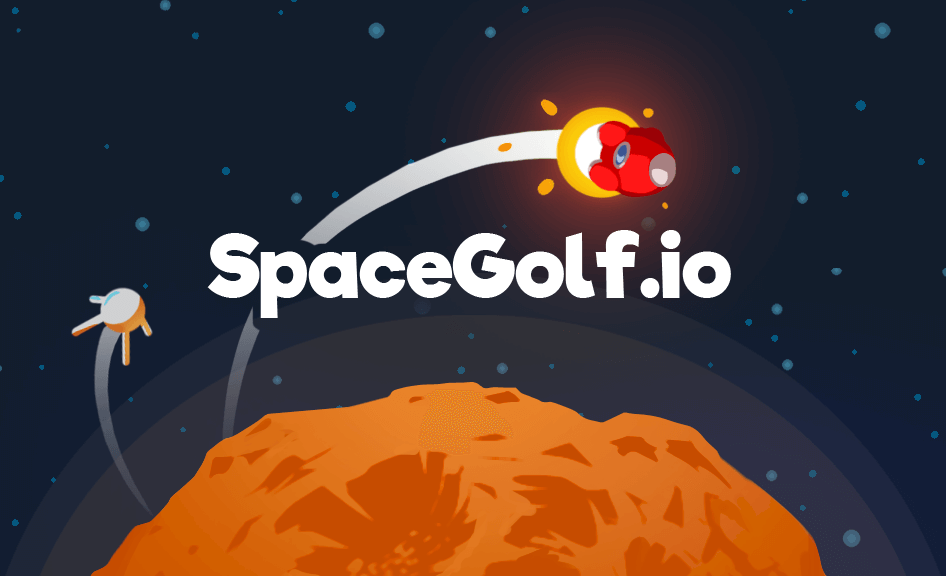 This game is no longer in development.

SpaceGolf.io is a fun multiplayer IO game similar to golf. Players use gravity to slingshot their ship and get to the final planet as quick as possible with the least amount of strokes. Levels are randomly generated so every round is different!

There are also different powerups to get, each one can be used to get ahead in the round and sabatage other players!

SpaceGolf.io is very simple to play. Use your mouse to click and drag anywhere on the screen. Then release and your ship will be boosted in that direction, use this to orbit planets and reach the end! You can also collect powerups and use those by tapping on the icon or right clicking.

Orbiting in SpaceGolf.io is key to success. You must orbit planets and use their gravity to slingshot your ship faster and reach the end of the level. Using powerups to slow down other players can be very useful as well.