Our World Of Pixels 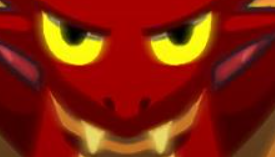 In the world of BigMonsterz.io only the Strong survive and the weak perish.In the Forest Region and Snow region of Bigmon you we're once regarded as the one of the most powerful being as the White spider of hail north but that was to all change when the green Dragons decnded from the heavens and destroyed the entire ecosystem.It took you along with Red Forest King and the Spider king to defeat the green dragon,Even tho it was defeated tho such a feat consumed the entire life force energy rising within you and the other kings,With only a few seconds of live breathing remaining within you a mysterious figured cast a reincarnation spell on you,saving you from returning to the earth and giving you another chance at life but the only downside was that you had to start over from scratch,All 500 years of training your body  would be erased,but you keep the knowledge.Now that you've been given a second chance Hop in and start out from being a Small rat and ascend the heavens  till you surpass even the dragons that reside over the world of BigMon

Use the mouse to move