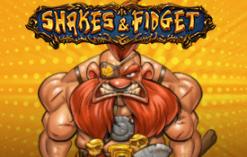 Use your mouse and keyboard to interact with a variety of in-game menus. Upgrade your stats, attack other players, choose quests, and engage in conversation with other players and non-player characters alike.